Years ago (and still applies today), the experts were telling fiction writers that in order to really know their main character, they must come up with a character profile sheet for them and definitely applies to all your characters as well.  This is a good practice because once you know all the ins and outs of all your characters, the book flows better and allows the author to get inside the head of each of their characters.

We decided to ask authors if they would like to come up with a character sketch of their main character, throwing in a few unique questions to make it really fun!

Today we have Holly Bush stopping by on her blog tour with a character sketch of her main character, Reed Jackson.  Tomorrow we’ll be hosting Holly with her first chapter and on Thursday, an exclusive interview!  Enjoy!

Description of Home: Four room house with a picket fence

Enemies and Why: Jed Richards. Jed is Reed’s wife Belle’s brother. Reed marries Belle before Jed can marry her off to a neighbor man and get a horse in return.

Philosophy of Life: Kill or be killed.

Hobby or Hobbies: His dog

Why is Character Likeable? Because he changes and grows.

Favorite Pig Out Food: Whatever his wife makes.

Every New Year’s I resolve to: Tell my wife I love her every day.

Nobody knows I am: A war hero.

I wish I could stop:

The worse part of my life is: Being crippled.

I want to teach my children that: They must be true to themselves.

A good time for me is: An evening out with our friends and a trip to the theatre.

The worse advice my father gave me is: The war will be over quickly.

When I feel sorry for myself I: Work with other crippled veterans.

My major accomplishment is: Becoming a Judge.

My most humbling experience was: When my wife Belle helped me learn to walk with a wooden leg. 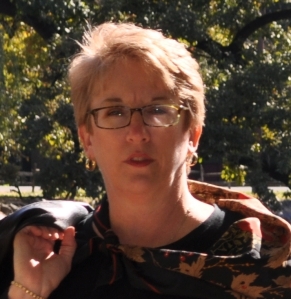 Holly Bush was born in western Pennsylvania to two avid readers. There was not a room in her home that did not hold a full bookcase. She worked in the hospitality industry, owning a restaurant for twenty years and recently worked as the sales and marketing director in the hospitality/tourism industry and is credited with building traffic to capacity for a local farm tour, bringing guests from twenty-two states, booked two years out. Holly has been a marketing consultant to start-up businesses and has done public speaking on the subject.
Holly has been writing all of her life and is a voracious reader of a wide variety of fiction and non-fiction, particularly political and historical works. She has written four romance novels, all set in the U.S. West in the mid 1800’s. She frequently attends writing conferences, and has always been a member of a writer’s group.

Holly is a gardener, a news junkie, and was the vice-president of her local library board for years. She loves to spend time near the ocean and is the proud mother of two daughters and the wife of a man more than a few years her junior. 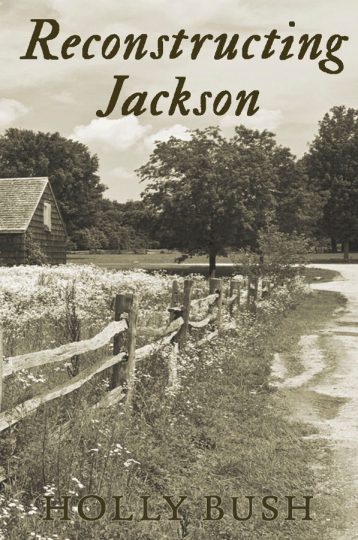 1867 . . . Southern lawyer and Civil War veteran, Reed Jackson, returns to his family’s plantation in a wheelchair. His father deems him unfit, and deeds the Jackson holdings, including his intended bride, to a younger brother. Angry and bitter, Reed moves west to Fenton, Missouri, home to a cousin with a successful business, intending to start over.

Belle Richards, a dirt poor farm girl aching to learn how to read, cleans, cooks and holds together her family’s meager property. A violent brother and a drunken father plot to marry her off, and gain a new horse in the bargain. But Belle’s got other plans, and risks her life to reach them.

Reed is captivated by Belle from their first meeting, but wheelchair bound, is unable to protect her from violence. Bleak times will challenge Reed and Belle’s courage and dreams as they forge a new beginning from the ashes of war and ignorance.

Purchase the book at: