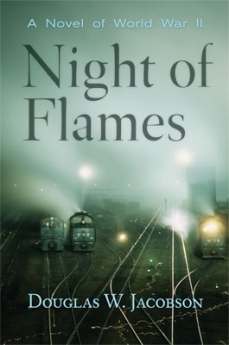 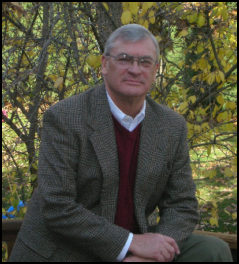 Today our guest author is Douglas W. Jacobson, author of the historical novel, Night of Flames.

Douglas W. Jacobson is an engineer, business owner and World War Two history enthusiast. Doug has traveled extensively in Europe researching stories of the courage of common people caught up in extraordinary circumstances. His debut novel, Night of Flames: A Novel of World War Two was published in 2007 by McBooks Press, and was released in paperback in 2008. Night of Flames won the “2007 Outstanding Achievement Award” from the Wisconsin Library association. Doug has also published articles on Belgium’s WW2 escape organization, the Comet Line and other European resistance organizations. Doug is finishing up his second historical novel set in Europe during WW2, focusing on one of history’s most notorious war crimes. Doug’s blog can be found at http://douglaswjacobson.blogspot.com.

Thank you for playing Book Trivia with us, Douglas!  Here are your questions:

If Tom Hanks, in the movie Cast Away, unearthed a copy of Night of Flames, how would that help Tom find a way off the island?

This story of personal courage and determination to overcome enormous odds would give Tom the strength he needs to get off the island.

Everyone knows rock star idol Brittany Spears is always in trouble with everything you can think of.  In what way could your book help her and set her life back on track?

Brittany would read about young women her age living in Belgium and Poland under Nazi occupation and despite constant danger and deprivation, found the courage to help other people they didn’t even know. These stories would give Brittany a different perspective on life.

You have a chance to appear on the hit talent show for authors, American Book Idol, with judges Simon Cowell, Randy Jackson, and Kara DioGuardi determining whether your book will make it to Hollywood and become a big screenplay.  What would impress them more – your book cover, an excerpt or your best review – and why?

Without a doubt, the excerpt, because it is a story of fast-paced action and intrigue that would be absolutely perfect for a screenplay.

They’ve invented a board game using the theme of your book.  What would the title of it be that would be different from your book and which retail store would they place it to make the most sales?

The Arbor Day Foundation has decided to pick one tree in your honor because of your writing brilliance.  What kind of tree is it and why did they choose that tree in relation to your book?

The Bur Oak, because it can survive adverse conditions.

President Barack Obama has become the author of several books and he has requested your presence at a special hush hush meeting to discuss ways to promote it.  Through luck of the draw, you were chosen.  What would be the first thing you would tell Barack?

As an author, you have to be willing to bow your own horn, and not be shy about getting out there and promoting. Although I doubt he’d have any problem with this.

Finally, you just got word that your book has received the 2009 NY Times Bestselling Book Award and you have to attend the ceremony at the Four Seasons Hotel in Manhattan.  Anyone who’s anyone will be there and it’s your shot for stardom.  On stage, you must give an acceptance speech.  What would you say and who would you thank?

I would thank the unlikely heroes of World War Two that inspired me to write the book, especially the young women in Belgium and Poland who put their lives on the line to rescue Allied soldiers that they didn’t even know. And then I’d thank my wife, Janie, for putting up with me during all this.