A Conversation with Mark Spivak, author of Iconic Spirits: An Intoxicating History

Please welcome my special guest, Mark Spivak. Mark is here today to talk about his latest release, Iconic Spirits: An 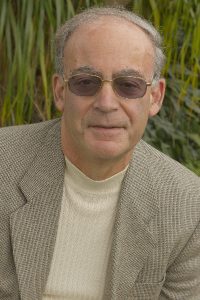 Intoxicating History.  Mark is an award-winning writer specializing in wine, spirits, food, restaurants and culinary travel. He was the wine writer for the Palm Beach Post from 1994-1999, and since 2001 has been the Wine and Spirits Editor for the Palm Beach Media Group, as well as the restaurant critic for Palm Beach Illustrated. His work has appeared in National Geographic Traveler, Robb Report, Ritz-Carlton, Continental, Art & Antiques, Newsmax, Dream of Italy and Arizona Highways. From 1999-2011 he hosted Uncorked! Radio, a highly successful wine talk show on the Palm Beach affiliate of National Public Radio.

Mark began writing Iconic Spirits after becoming fascinated with the untold stories behind the world’s greatest liquors. As a writer, he’s always searching for the unknown details that make his subjects compelling and unique.

Q: Thank you for this interview, Mark. Can you tell us what your latest book, Iconic Spirits: An Intoxicating History, is all about?

I chronicle the untold tales of twelve spirits that changed the world and forged the cocktail culture. Some are categories and others are specific brands, but they’re all amazing stories—and stories that are unknown to the average reader.

Q: How did you come up with the idea for your book?

One day I was think about Campari, about how bitter it is and how unpleasant it is to some consumers (myself included), despite the fact that millions of cases are sold each year. I did some reading about the physiology of taste, and realized that the taste receptors on our tongues function as an early-warning system that we’re about to drink something toxic or poisonous. Your brain is telling you, “Don’t drink this—it might kill you,” and yet Campari is considered to be one of the sexiest things on earth. The more I looked into other spirits, I found the same kinds of compelling stories.

Q: What kind of research did you do before and during the writing of your book?

There were a number of cases where I visited the distillery and spent two or three days with the producers. Not everyone wanted to give me that level of access, but fortunately there were other cases where I didn’t need it—for some spirits, I could accomplish the research by a combination of reading and telephone interviews.

Q: If a reader can come away from reading your book with one valuable message, what would that be?

The most important message concerns entrepreneurship, the creation of something out of nothing. Many of the most famous and profitable spirits in the world sprang from the flash of an idea.

Q: Can you give us a short excerpt?

The Triumph of the Bootleggers: Moonshine, Rumrunning and the Founding of NASCAR

Drive out of Winston-Salem, and the landscape turns rural very quickly. By the time you reach Wilkes County the soft, rippling hills have become higher and steeper, and the valleys are dotted with frame houses, farmland and working tractors.

Joe Michalek, the energetic and genial president of Piedmont Distillers, is at the wheel. It’s 6:30 a.m. and we’re driving out to have breakfast with Junior Johnson–driving on Junior Johnson Highway, in fact, an eight-mile stretch of U.S. Route 421 named for the famous race car driver. We ease off onto old 421, which used to be known as Bootlegger’s Highway. Sixty years ago there were nearly 400 stills in Wilkes County, and the roads here were dirt–“nothin’ more than cow pastures,” according to Junior. Bootleggers turned off their headlights at night to avoid detection, and navigated by the light of the moon.

Tom Wolfe called him “The Last American Hero.” The nickname stuck, and it became the title of a 1973 movie about his life, a Hollywood extravaganza starring Jeff Bridges. Robert Glenn Johnson Jr., known as Junior, was born in Wilkes County in 1931. He began running moonshine out of the hills at 14, using his dad’s rebuilt 1940 Ford. He became the fastest man on the dirt roads, the one bootlegger the law couldn’t catch. In time, he took his cars, his speed and his nerve onto the racetrack, and became one of the greatest drivers in NASCAR history.

Wolfe wrote at length about the legend of Junior Johnson in his breakout 1965 Esquire piece, but he also helped create it. Junior was already an idol throughout the South at that time, but was relatively unknown outside the region. The story captured him at the height of his racing career, and it also took the legend and burnished it so brightly that it became visible around the country.

Q: In your own experience, is it hard to get a nonfiction book published today?  How did you do it?

I had a great agent, which helped enormously. Even so, I think you need to have a subject which is timely and resonates with a large segment of the public. It helps to persevere, and luck also doesn’t hurt.

I write at all hours of the day, but I find the early hours are best because there are no interruptions. If I can get up by 4 a.m., I’m likely to have nearly an entire day’s work done before people start calling or emailing.

I’m sworn to secrecy, but the next project will undoubtedly be focused on spirits and the enjoyment of life.

Q: Thank you so much for this interview, Mark.  We wish you much success!