Tag Archives: how to be published

The Accidental Author: My Journey to Being Published 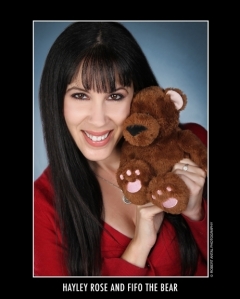 The Accidental Author:  My Journey to Being Published

My journey to becoming a published author wasn’t necessarily a path I had originally planned to take.  It was more of an opportunity that fell into my lap and I took a risk to carry it through.

It started with a trip to Chicago to visit family and to meet my cousins for the first time.  Though I loved to travel, I wasn’t a fan of plane rides and on the way back to Los Angeles, I needed an activity to take my mind off the turbulent flight.

I had been a song writer and enjoyed putting my thoughts together in lyrical prose, even though many never ended up accompanied a single tune.  Some people write their thoughts in a journal, but I preferred to create songs with mine.  It was on this flight, however, that I thought of my young cousins and the life they were about to experience; all of the wonderful things they would enjoy and the lessons they would learn.  I couldn’t help but think of my own amazing childhood experiences and decided to draft up a story in rhyme that I could share with them when we met again.

And so Fifo The Bear was born.

I worked in entertainment management with general accounting being part of the game.  The name “Fifo” was derived from “first in, first out”, an accounting term used to track money that’s tied up in inventory.  I liked the uniqueness of the name, if nothing more.

The life of Fifo began to emerge and I took him on a journey through his first day of school, something my cousins would experience in the years to come.  On his way to school, Fifo dreamt of all of the things he could become when he grew up, from a doctor or lawyer to a firefighter or pilot.  And Fifo’s imagination helped ease his fears of starting a new phase in his life.

When I returned home, the story of Fifo actually went into a draw and stayed there for years.  It was one day while having lunch with mom that the restaurant owner, who also owned a small publishing company, told us about a new book one of his authors had just launched.  Learning about his publishing business, I told him that I had once written a story about a bear, but I never did anything with it.  He encouraged me to bring it in so he could read it.

I come from a long line of entrepreneurs and being able to spot an opportunity was an innate trait.  The thought of taking a risk and bringing Fifo to life for others to enjoy seemed well worth the time I would have to sacrifice to become a published author.

In 2002, about 10 years after that fateful plane ride, Fifo, “When I Grow Up”, the story I wrote for my cousins came out of the drawer and sat nestled on store book shelves for other kids to enjoy.  In 2010, I launched Fifo, “50 States”, a tale told in rhyme about Fifo’s travels through every state in our incredible country.

My journey has been remarkable and one that I am blessed to be taking.

Hayley Rose grew up in the beach side town of Pacific Palisades, California, to a family of visual artists. In the early 90’s she traveled the U.S. with her band Crush Violet. In 1994, after a family reunion, she was inspired to write a children’s book.  Her first book, Fifo “When I Grow Up” was published in 2002.  Fifo “50 States” is the second book in the Fifo series. Along with writing children’s books, Hayley has been working in entertainment business management for the past 15 years specializing in concert touring.  She has worked with many “A list” musicians including, Michael Jackson, Rod Stewart and Candlebox, and hopes to one day soon release an album of children’s songs.  She is a currently member of the Society of Children’s Book Writers and Illustrators, and resides in Los Angeles, CA.  You can read more at www.fifothebear.com. or join the Facebook fan page at www.facebook.com/fifothebearbooks.

Tagged as Children's Books, Fifo 50 States, Hayley Rose, how to be published

Five Things I Have Learned About Publishing by John Milton Langdon

We have a guest blogger today!  John Milton Langdon, author of the historical fiction novel, Against All Odds, is here with us to talk about the top five things he’s learned about publishing.  Enjoy! 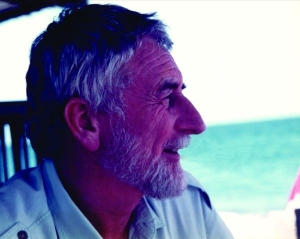 Five Things I Have Learned About Publishing

1.    When I finished writing my first book back in 2005, I still held the old fashioned belief that I needed to attract the attention of an agent in order to gain access to a publisher.  I bought a copy of the ‘Writers and Artists Year Book’ and after many days of study I developed a long list of agents who handled books in the field of historical fiction.  I cannot remember how many letters I wrote, but it was an appreciable number.  The response was disappointing as the few agents who did reply, generally wrote that they could take no more new authors.  Clearly searching for an agent was a waste of time and a new approach was required.

2.    Research on the internet produced a bewildering assortment of sites offering vastly 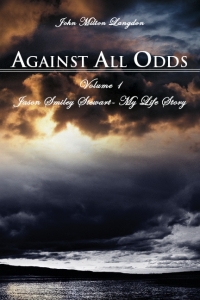 different degrees of support for new authors wishing to publish independently.  After reviewing a large number of possibilities I decided on one that seemed to give me everything I wanted and entered into a publishing contract.  This company has published all four of my books and has given me complete satisfaction.  I knew that book promotion was not included in my contract but I seriously underestimated the difficulties I would face on my own.  Next time I want to publish a book, I will have to find a better way to promote it.

3.    The next obstacle to progress was that my book was too long.  It had never occured to me that my publisher would have a page limit and the book I submitted had a page count almost twice the maximum permitted.  I was fortunate because I was able to convert the original manuscript into two books without too much effort, but it was another lesson learnt.  In a similar vein I approached the buyer of a book store chain and was told that they wouldn’t stock my books as they were the wrong size!  They are actually industry standard, so I’m not really sure what the buyer’s problem could have been.

4.      The process of publication is straight forward and logical but it has to be done meticulously.  I read the manuscript for my first volume many times before and during the editing process, and was happy to sign that it was error free before it was printed.  It fact it wasn’t error free, and I learnt the hard way that I hadn’t been meticulous enough.

5.    When you are desperate to hold your first book in your hands, it is very difficult to be patient, but it is a skill that has to be learnt and exercised.  Publishing a book is not a quick process and trying to force the pace only causes problems down the line.

John Milton Langdon is a Fellow of the Institution of Civil Engineers and has a master’s degree in maritime civil engineering.  Langdon retired and became a professional writer after an active and rewarding engineering career.  Initially he worked in Britain but from 1972 until 2008, he dealt with project development in Bahrain, Iran, Iraq, Saudi Arabia, the United Arab Emirates and Nigeria.  Langdon lives in the Austrian town of Klagenfurt which has a history stretching back to mediaeval times.  Langdon has three children and five grandchildren from his first marriage and two step sons from the second.  Langdon has many interests including travel, the British canals, music and literature but hiking in the mountains surrounding his home is a preferred leisure activity.

John’s latest book is a historical fiction titled Against All Odds (Tate Publishing).

You can visit John Milton Langdon’s website at www.jmlangdon.com.

Tagged as Against All Odds, Author Interviews, Blog Tours, finding a publisher, get published, historical fiction, how to be published, how to become published, John Milton Langdon, virtual book tours