Guest post: “The Journey from Finance to Fiction” by Georges Ugeux 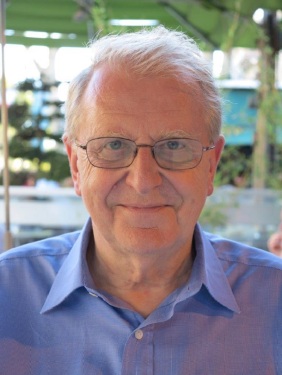 I was sitting in my office at home, watching another gorgeous New York sunset and had just put the final touches on my book, International Finance Regulation. As absorbed the peaceful surroundings, my mind began to wander and I started writing a few pages of the novel: the death of Bertrand Wilmington, falling from the trading room of a bank.

My thoughts led me to a core issue: the arrogant and egotistic mentality of the population of people that play finance like Russian roulette – they have a real sense of entitlement and like to be challenged. Who better to challenge this group than the young, beautiful Chinese female detective, Victoria Leung? She is unpredictable and one that some men believe they can easily manipulate and seduce.  To their surprise, Victoria Leung is a shrewd financial professional. I immediately adopted her as the protagonist.

Without realizing it, I had written three chapters. I printed them and read them (reading printed copy is in fact, different than text on a screen). After returning to my living room, I showed the chapters to my wife, who had no idea why I began writing a novel, especially since I was just completing a major non-fiction book. However, after reading the first three chapters, she looked at me and smiled. I smiled back and kissed her. I knew I had just received approval and interest from my most challenging critic.

My journey as a fiction author had begun.

Find out more on Amazon

Celebrated non-fiction author Georges Ugeux delivers an intense, imaginative and intriguing financial thriller in his debut novel, The Flying Dragon.  Set against the backdrop of the high-energy, high-tension world of global finance, The Flying Dragon plunges readers deep into a world where power, greed, money, and passion can intersect in a most dangerous way.

The Flying Dragon introduces protagonist Victoria Leung, a beautiful, brilliant, fearless, and highly accomplished financial fraud investigator.  Responsible for taking down Sun Hung Kai Properties’ Kwok Brothers, a real estate empire, Victoria not only established herself as a formidable talent, but earned the nickname “The Flying Dragon” in the process. When she leaves the fraud department of the Hong Kong Police, Victoria accepts a position as a senior detective at Pegasus, an international security firm based in London.  The Pegasus job affords Victoria much-needed freedom, but that calm is shattered when Victoria receives an urgent message from her close friend Diana Yu. It seems Diana’s ex- boyfriend Henry Chang is in danger.  Henry’s co-worker, Bertrand Wilmington, head of the derivative trading desk of a global bank, has fallen from a window of the twenty-second floor trading room.The Hong Kong Police Force quickly concludes that the death was a suicide, but is there more to this story than meets the eye? Henry Chang thinks so—and knows that if anyone can find answers, it’s Victoria, the Flying Dragon herself. Hong Kong and Mainland authorities are unsuccessful in cracking the case, but Victoria uses her expertise to discover key clues. And Victoria, a dogged, tough, tenacious investigator, won’t back down until she gets answers. As she races to piece together the puzzle of what really happened, Victoria is swept up in a world of danger, deception, and deadly consequences.   Can she extricate herself from this perilous web of arrogance, power, money and greed? Will she expose the corruption and bring down a financial giant?  Or will time run out? The clock is ticking….

A Belgian and U.S. national, Georges Ugeux is the Chairman and CEO of Galileo Global Advisors LLC, an investment banking advisory boutique.  Ugeux joined the New York Stock Exchange in 1996, as Group Executive Vice President, International. An adjunct professor at Columbia Law School, Ugeux is the author of a numerous nonfiction books about finance.  The Flying Dragon is his first work of fiction