On the Spotlight: NINE PLANETS, by Greg Byrne 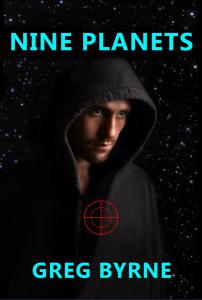 In the world of despair, Father Nick’s Day is the only hope…

Peter Blackwell wakes from a coma into a world he doesn’t recognize. Without memory or identity, all he has are nine random images. Nine planets. Eight he can see, although he does not understand them, but the impenetrable ninth is the secret that two opposing and hidden brotherhoods have been seeking for nearly two millennia. Pursued, betrayed, Blackwell has twelve days to unlock his Ninth Planet and prevent terminal worldwide suicide. And his only ally is a manic assassin sent to extract the secret and kill him.

NINE PLANETS is a debut Christmas-themed science fiction thriller from an Australian author.