My husband and I live in the suburbs of Nashville, Tennessee with our teenage son and three dogs. Life is busy, but when I have free time, I love to read. A math/science girl at heart and a retail analyst by trade, I never thought I’d be writing romance. But one day, a story popped into my head and I had to write it down. The fantasy, escape, and wonder of just reading multiplied by ten-fold and I couldn’t stop my fingers from typing my own fairy tales.

I hope you enjoy my stories. Each one touches on modern day issues, fears, and challenges that women face every day. And each one illustrates that love is within reach if you let down those walls and allow your heart to open. Our lives and experiences are so much more meaningful when we have someone to share them with. 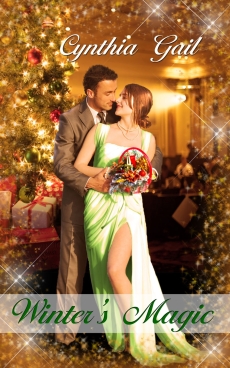 Why was writing Winter’s Magic so important to you?

Spring’s Surprise, now book #2 in the Music City Hearts series, was actually the first book I wrote. At the first draft stage, I hired an editor to give me feedback and direction. She suggested I take Beth’s character from book #2, create her own story, and plan a full series. I’d already fallen in love with writing, but the guidance and validation from a professional, award-winning author, stirred a deeper passion and I jumped right in.

It was so exciting to write with a purpose. I’m a planner at heart and I felt like I was finally on a path that I had confidence in. Beth is probably my favorite heroine in the series. She’s a strong woman, she’s worked hard to get where she is, and as a result, runs a successful, elite day spa. But even strong women have vulnerabilities. It’s how we face our weaknesses that counts and I think Beth handles adversity with a lot of grace and fortitude.

Can you tell us more about Beth Sergeant and Nick Chester?

Beth’s parents were middle-class, but found a way to send her to the most prestigious, private high school in Nashville, Tennessee. While the invaluable experience prepared her for college, she never felt as if she fit in.

After losing his parents to a car accident at a young age, Nick Chester was raised by his grandfather, the wealthiest man in Nashville. At the age of thirty, he’s built his own business and experienced enough of life to realize everyone has an agenda.

Despite her deep-seated insecurities, Beth can’t resist Nick’s charm and finally accepts an invitation to dinner. She proves she’s nothing like other women Nick’s dated and she slowly learns to trust him in return. But just as the last of their resistance crumbles and true love is within reach, challenges from Nick’s past threaten to destroy everything and force Beth to reveal her most guarded secret.

Are there any supporting characters we need to know about?

Can you open to page 25 and tell us what’s happening?

This is the end of a scene where Nick realizes how different Beth is from other women in his circle. Due to his family’s status, he’s constantly pursued by women looking for prestige and money. But Beth isn’t pursuing him and he can tell by her genuine interaction with his grandfather that she’s someone special he simply has to know more about.

In a previous scene, Beth’s bank calls a surprise audit of her day spa’s construction expenses, based on allegations from an anonymous source. Nick offers to use his grandfather’s influence to get the audit dismissed, but Beth won’t let him. She has nothing to hide and doesn’t want to ‘use’ his connections. In the scene on page 65, Nick’s ex-girlfriend makes a surprise visit to his office. During the conversation, he realizes she’s the anonymous source. Though he’d promised Beth that he wouldn’t interfere, he can’t stop himself, and calls his grandfather.

Now that Winter’s Magic has been published, what’s your next project?

Spring’s Surprise is under contract and expected to release in March or April 2013. I’m just starting to work with the first draft of Summer’s Family Affair and I’m outlining Fall’s Redeeming Grace.

Do you have anything else you’d like to tell our readers?

Christmas is my favorite time of the year. It’s no surprise that my first book had to celebrate the season. I hope you enjoy Winter’s Magic as part of your holiday collection.

One response to “Talking Books with Cynthia Gail, author of WINTER’S MAGIC”