‘Unbridled Grace’ by Dr. Michael Norman: “This book is about God’s victory…” 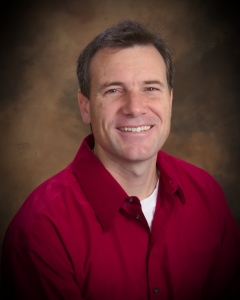 Dr. Michael J. Norman has owned a family health center offering chiropractic care and wellness programs since 1992. Since 2003, he has served as a staff doctor at a non-profit center offering health care and life services to the indigent and un-insured of his community. In addition to his practice, Dr. Norman enjoys writing, speaking, mission outreach and completing graduate studies in Theology. He lives with his family near Dallas, Texas.

Unbridled Grace is his first book. You can visit him online at www.unbridledgrace.com.

Answering a two-line classified ad in the newspaper had life-changing consequences for a trustingly naive doctor fresh out of school, just starting

his career and life as a new father. In a nightmarish true story that could occur to any of us, he innocently takes a part-time chiropractic job from employers who were later found to be a Russian-organized crime ring involved in money laundering, insurance fraud and other crimes. Despite his cooperation in a federal government investigation, the author soon finds himself surrounded by deception on all sides. As his cooperation is turned cruelly against him, Michael endures a federal indictment and an early-morning raid upon his home where he was arrested at gunpoint by six FBI agents in front of his five-year-old daughter. He’s left with two choices: plead guilty to crimes he didn’t commit, receive probation and avoid prison time; or fight the injustice and risk going to prison for at least 10 years. The first means cooperating with the government and lying to put people in prison who may be innocent; the second means doing the impossible and taking on the government.

Unbridled Grace is the true story of how one man rises from the forces of evil through his renewed faith in Christ and takes the reader on a journey to redemption through the bold use of our power of choice for God. Along the way, Michael meets a dynamic Catholic parish priest who gives him the courage to forge a path through this crisis and a hard-working attorney who joins him in this monumental battle. Will their efforts be enough to free the author and his family from this nightmare? It is at this time that a series of seemingly miraculous occurrences begin and the reader is shown what courage, faith and the power of heartfelt prayer can bring to all of our lives when all else appears hopeless.

You have an incredible story. I am not quite sure where to begin. I mean, you graduated college, answered an employment ad in the newspaper and unknowingly went to work for the Russian Mafia. How does something like this happen?

They (Mafia) were very good at what they do. They knew exactly what they were looking for. They live in a world of total deception just like all evil does. Nothing about their world is real and my book portrays what evil looks like. If someone has never been exposed to this type of world, they are easy prey. That was me.

And then, a few months later, despite your cooperation with the government investigation, you become one of their prime targets, culminating in an early-morning armed raid upon your home and arrest, all in front of your five-year-old daughter. I guess the scary thing for me, after reading your book, is that this could happen to any of us if it happened to you.

You live in Texas. What was the Russian Mafia doing in Texas? It sounds rather bizarre.

I’ll say! My understanding became that there was a spread of organized criminal activity that developed out of Russia after the break-up of Communism. There really isn’t any part of the world that is immune from the reach of their tentacles. They go where the money is.

I have to ask the obvious question. Why didn’t you hire an attorney early on in your ordeal?

Two reasons: I had no money and I did nothing wrong. I thought if you were innocent, you didn’t need a lawyer. Also, I relied heavily on free legal advice at that time. As the book relates, we all know where this got me.

Do you fear any retaliation from the Russian Mafia or the government?

Did you write this book as “payback” for what was done to you and your family?

Absolutely not. This book is about God’s victory and all the incredible blessings that have resulted from this experience. I wrote this book to share what God can do in all of our lives despite anything we are facing. We simply must trust Him and then courageously choose His will. It’s not easy but it is truly the greatest of all roads to travel.

Okay, let’s talk specifically about your book. The cover photo is beautiful. Where was it taken?

Where did your title, Unbridled Grace, come from?

I wanted to hopefully convey the reality of complete, unrestrained grace that God wants to share with all of us. As I said in the book, a highly contagious ripple-effect of God’s grace can be unleashed through our life choices that can rapidly spread through our lives, our families, our churches, our cities and our world. I have found that God works through us in this way but our cooperation is necessary.

How long did it take to write this book?

On again, off again for about 10 years. There were several times I boxed everything up and packed it away in a closet but I kept “rediscovering” it. For me, it was the story that wouldn’t go away, even though I tried.

The theme of your book is the power of choice. Explain the importance you place on this.

It’s everything. It’s God’s greatest gift to us and it can unleash the most powerful force on the planet, His grace. I wrote about the fact that all of God’s new doorways for our lives can be bigger than the previous ones, if we use our power of choice for Him. Our lives simply keep expanding if we allow them to. Now the opposite is also true. When we mis-use His gift, our power of choice can lead to a “shrinking” of our lives until we begin to choose differently.

And this “shrinking” of our lives is what you called a hell of our own creation?

Yes and I knew it well.

Have you always placed such importance on the power of choice?

Absolutely not, as the early part of the book describes. Although, looking back over the years, my favorite movies have always been the ones which show alternate versions of life possibilities for the character if they had chosen differently. My favorite is still “It’s a Wonderful Life”. We all have an infinite number of life possibilities available to us depending on the choices we make.

You include inspiring but challenging meditations at the end of each chapter for readers. Where did these come from?

I don’t know how else to answer that except, they were lessons that came out of the pain. I wish I could have just learned them from a book instead! The themes of the meditations mirror their respective chapters and the events that unfolded within them. They’re kind of like “classroom notes” over several years.

Are you worried they are a little too challenging for the average Christian?

They are absolutely challenging. I read them often to help push myself. I know they won’t be for everybody. I have painfully learned that Christ challenges all of us to become more than who we are today. For me, this was difficult then, just as it remains difficult today.

Don’t you worry about the “hypocritical, holier-than-thou” label?

I’m used to it as a father of a teenager!

Yes, there is always that possibility but it is far riskier to not write this book. This is God’s victory that is told, not mine. He permits all of us to pass through trials and difficult life experiences for a reason and it remains up to us to give a testimony to His power. If we don’t, who will? Everybody loves a good story. Why not share true stories that tell of His victories? I would love to see the book market flooded with them.

In your book, you share an incredible Marian experience that you and Laura received. How did this impact the eventual outcome of your ordeal?

I don’t think there would be a story without this event. It changed Laura and I completely. I write about how we were given a momentary glimpse beyond the veil and I am so thankfully humble to have received this awesome blessing and gift. I mean, we were able to make the courageous and impossible choice of risking a loss of family, freedom, friends, career, finances, home, everything. It helped us stand up for God and accomplish His will.

I am sure there will be plenty. But Christ also tells us ‘by their fruits you shall know them.’ This is what I prefer to use as my “barometer”. I hope they would as well.

Although you are currently studying for a degree in Theology, you have no other formal theological training or credentials. Do you think this hinders the chances for your book being successful?

First of all, I consider my book a success if only my children and grandchildren would be able to read about God’s victory and the choices I made. That’s why I wrote it.

Fair enough. What about your lack of theological training and credentials?

As a hindrance to success? I think a theology “textbook” is difficult for most people to understand and apply to real-life experience. This is a true story that could occur to any of us and illustrates how theology can become practical and lived out in real-life.

Since your ordeal, what has been your biggest surprise?

When I speak to groups and share this story, I have met so many people who have gone through similar experiences within our legal system.

What were some of the biggest challenges in the writing of Unbridled Grace?

One of the biggest was overcoming the conflicting advice from the publishing world. From the beginning, they told me to choose “mission or market” but not both because that is not possible. It was strongly suggested that I bring this story to market as a strictly secular account with all the “winning” elements: an incredible true story, individual accomplishment and triumph over adversity. I just couldn’t do it. Without Christ and what truly helped me, this story could no longer be considered true. In the end, I would have cheated both, the secular market as well as the Christian market.

Where do you go from here?

My prayer is that Unbridled Grace helps many people and it could open the door to allow me to continue writing.

So, there may be a future book?